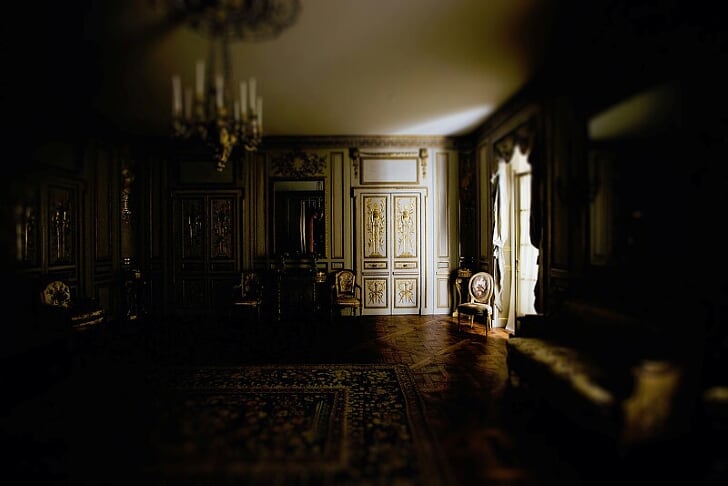 Almost done. Here’s a piece from the later chapters. I can’t wait for you to meet Nola.

“Hey there Father Damien,” he said. “What are you planning to do with that?”

“I’m planning on taking my friend here and leaving the rest of you to whatever weird shit you’re doing up in here.”

Robbie, that was her name, pulled up on all fours, started slowly crawling in Nola’s direction. The big guy who Nola suspected was possessed, stomped roughly on her back. The blow had her collapsing to the floor in pain. Her light was dimming, flickering like an old flashlight with dying batteries.

The ringleader smirked at Nola. “That’s not going to work out.”

The crucifix flew out of Nola’s hand, clattering to the floor elsewhere in the maze. He stared her down.

“For someone who can see so much, you’re not very bright are you, Nola?”

The wave of cold that blasted her made her shiver where she stood. The foul stench coming off it? Her stomach lurched in protest.

It was starting to make sense now, why so many of them were here. They could be trapped.

The demon knew her name. Nola braced herself mentally, putting up her shields. She imagined impenetrable walls around her. It wouldn’t hold up long she knew. But she had to try.

It marched in her direction, the face it showed her darkening into something terrifying and back again like she was in a fever dream. It struck her in the face hard with the back of his hand, sent her stumbling to the floor. She hit one of the mirrors on the way down, cracking the glass. Maybe cracking her skull as hard as she hit.

“That shit doesn’t work on us,” he yelled at her as pain bloomed in her scalp. “I know you like to think that’s some mystical protection shit but it’s just really fucking funny.”

The woman’s spirit who’d followed her appeared to be enjoying the show until the demon wheeled on her. He pointed at Nola.

“This we didn’t need,” he yelled. “And if I lose him, you will never leave this hole.”

Nola looked to the woman’s spirit to the demon and back. Her heart raced in her chest. The air around her was cold. Her head hurt when she shook it.

“No,” Nola managed, trying to pull herself off the floor. “Leave? She’s can’t leave. She’s—”

Nola screamed when the demon charged her grabbing her face. Its touch burned like fire.