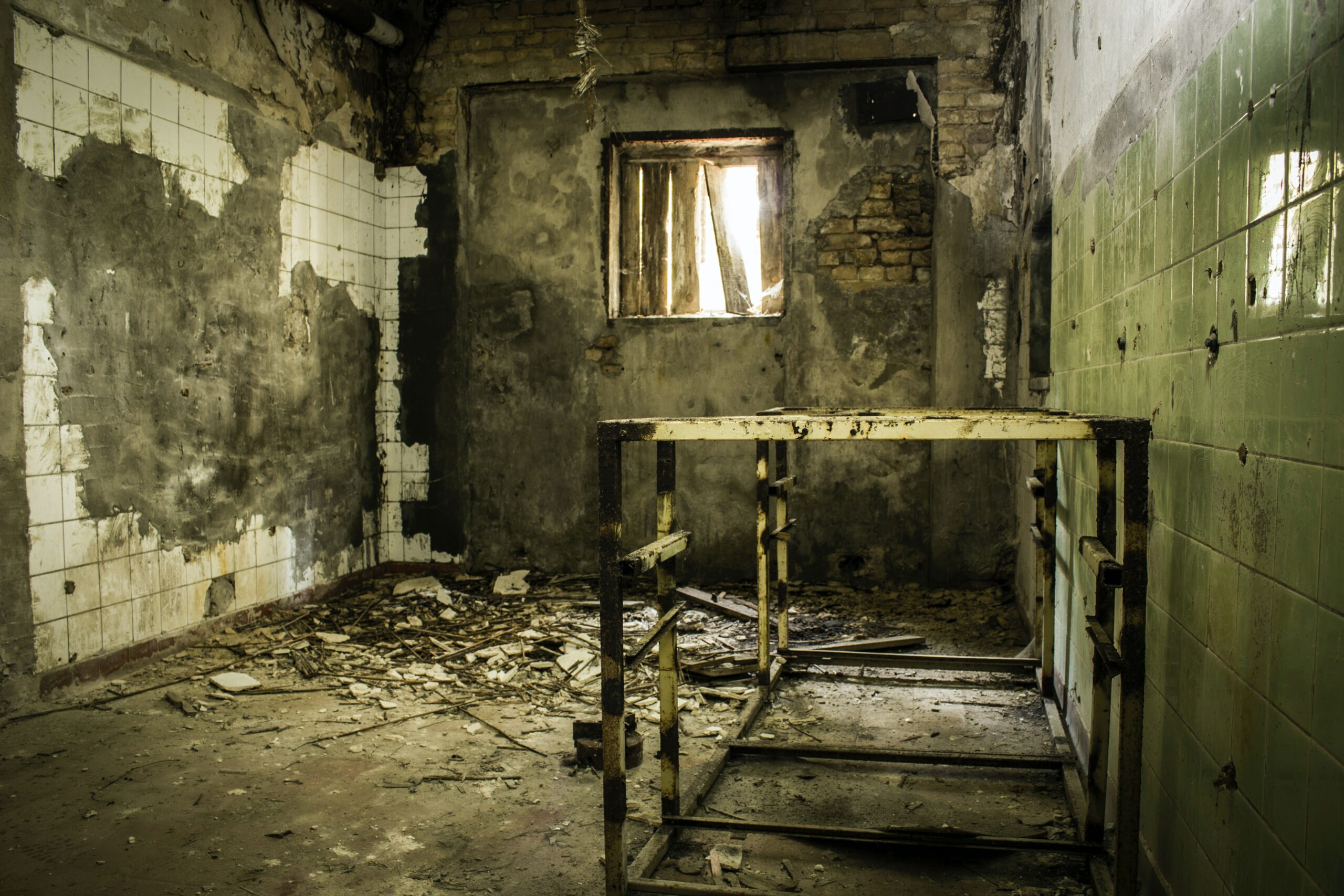 Tripping on her way up the narrow stairs, Valerie Allen unwittingly announced her presence on the top floor of the hospital. Screams erupted as the female patients allowed to roam the floor took in the fresh blood on her gown, the terror on her face.

Darting into the first room on the right, Valerie ran to the window. Outside, Solace was lit up in bright rays of sunshine with a blue sky overhead. Cars raced back and forth across the bridge, their occupants going about their day unaware that hell was so close to them. It was a barely contained wildfire in her prison on the hill that smelled of rot and piss.

Shouts from below blended with the cries and screams behind her. The only other person in the room was a small woman with gray hair curled in on herself in her dirty gown. There were long scratches on her face and neck as she rocked back and forth like a child, striking her head on the wall just below the window seat with each repetition.

A sob pulled from Valerie’s chest. She had nowhere left to run.

Their footsteps thundered on the stairs, pounding in time with her heart. They were coming.

Below in the parking lot a child rode on a bicycle, stopping when she saw Valerie in the window. Valerie had seen the girl before on the hospital grounds. Her flaxen hair looked white in the early morning sun, and she shielded her eyes with a small hand as she gazed up.

Valerie shook her head at the girl, mouthing “go” frantically. It would do no good to ask for help. She was beyond saving now.

Get away from here! Go and don’t look back.

“There!” a deep male voice shouted.

She felt her tormentor’s presence before she heard her. Those heavy footsteps came up on her fast, her too-calm voice.

“You need to stop this foolishness,” she whispered, coming to a stop behind her. “It will all be over soon.”

Valerie slammed her hands on the window. Blood smeared on the glass. She hated the way the child jumped on her bicycle seat. But she was doing the girl a favor. She didn’t want the child to see what was about to happen.

The needle was a sting in her arm, the chemicals burning their way into her bloodstream. Still, she watched, waited until the girl had scrambled away on her bike.

Valerie wished with every fiber of her being that she could go with her.

As the drug began to spin her mind, Valerie jerked her elbow back as hard as she could. The sound of a startled grunt was satisfying. The room spun as she darted into the bathroom, the woman who had destroyed her life and her mind on her heels.

Pain bloomed in her scalp when the woman grabbed a handful of her hair and used it to viciously pull her to a stop.

“It didn’t have to be this way,” the woman hissed in her ear.

Valerie saw the mirror over the bathroom sink a beat before her face was smashed into it.